I got my start in computing early because my dad was disabled. He had a degenerative nerve disease and at some point, maybe when I was five or six, my clumsy little kid hands got better at wrangling computer parts than his own traitorous hands. You see his side hustle in the eighties was buying OEM computer parts, building computers, and selling those machines to consumers. This was before closed-body devices made it the norm not to tinker with your hardware, before Newegg made it easy to buy OEM, and even before Gateway started selling fully-assembled PCs direct to consumer.

Dropping screws and struggling to pick them up wasn’t the only way his body betrayed him. I have snapshot memories of riding around our neighborhood on the back of his motorcycle, scared shitless and holding on to him as strong as I could. But those memories are all dusty and faded. I was still very young when he was no longer able to ride his bike. He started to use a wheelchair sometimes and then he was in the wheelchair all the time.

That disease took a lot from him, much more than the command of his own body. He had every right to be bitter, and he was bitter. He was mean. He took out his frustration and resentment on those around him and drove people away. As an able-bodied person I can’t know what he lost when he lost control of his body. But as an adult I can see how the self-reinforcing cycle of bitterness, anger, and resentment played out and I wonder if he didn’t lose more because of that. My mom and I moved away when I was 10.

I didn’t inherit a neurological disease from him but recently I noticed I may have inherited some propensity to bitterness. I wouldn’t have said so a few years ago. But recently I’ve caught myself angry and complaining kind of a lot. Way more, on reflection, than I realized at the time. Taking a sharp look at myself I don’t always like the person I am right now.

I have things pretty great on almost every dimension. Yeah, I have tough things to deal with. And yeah, world affairs make it tough to be optimistic about much. But I could easily see this side of me harming my relationship with my family, with my kids. Giving me something to really cry about.

Now that I’ve noticed things I think and hope it’s in my power to avoid the bitterness trap. To take a breath, deal with my shit, and be the person I want to be to the people I love. To that end, I’m declaring indefinite open season on my shit. Call me out on it, publicly, privately, help me to see when I’m being an asshole. Really. I’ll appreciate the help. 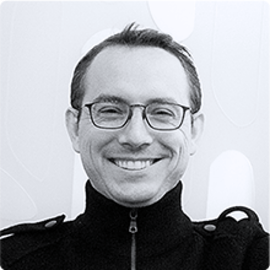